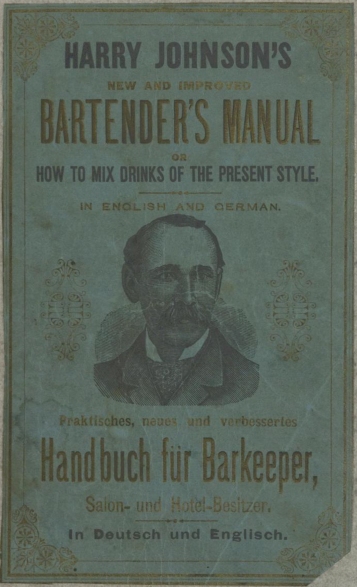 I have read from many sources that Harry Johnson published the first known full recipe for the Manhattan cocktail in his 1882 book, Harry Johnson’s New and Improved Bartender’s Manual.  The problem I had with listing that as the first source in my own book was that I had never seen a copy or facsimile of that work.  So, the earliest source I could cite for a full recipe for the Manhattan Cocktail was O.H. Byron’s 1884 book, The Modern Bartenders’ Guide.  Humorously, various online sources (such as the Webtender Wiki) give Byron’s text as the earliest recipe, but mistakenly cite it as from a non-existent 1884 book by none other than Harry Johnson.  Harry Johnson published no book in 1884.

After his 1882 book, Harry Johnson next published Harry Johnson’s New and Improved Illustrated Bartender’s Manual in 1888.  This is the text that I received when I ordered what purported to be the 1882 book from Amazon.  I was frustrated at the sloppy (or fraudulent) labeling of the book as being from 1882, when the title page and the illustration dates all showed that it was from 1888.  Here is the Library of Congress entry for the 1882 book.  Notice that there is no secondary entry for 1888 below it, as appears in all currently-available editions falsely suggesting that they are 1882 reprints. 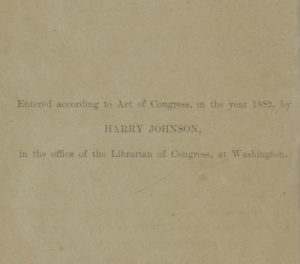 The Manhattan Cocktail recipe is in Harry Johnson’s 1888 book, and so I was always tempted to assume that the 1888 book was simply a new edition of the 1882 book, only altered to include illustrations.

No recipe for the Manhattan Cocktail appears in Harry Johnson’s 1882 book.  Neither does the Martinez or  Martini Cocktail (nor any daisies – another matter altogether).

Here are the images of the index/table of contents for Harry Johnson’s actual 1882 book (the drink recipes begin with entry number 32): 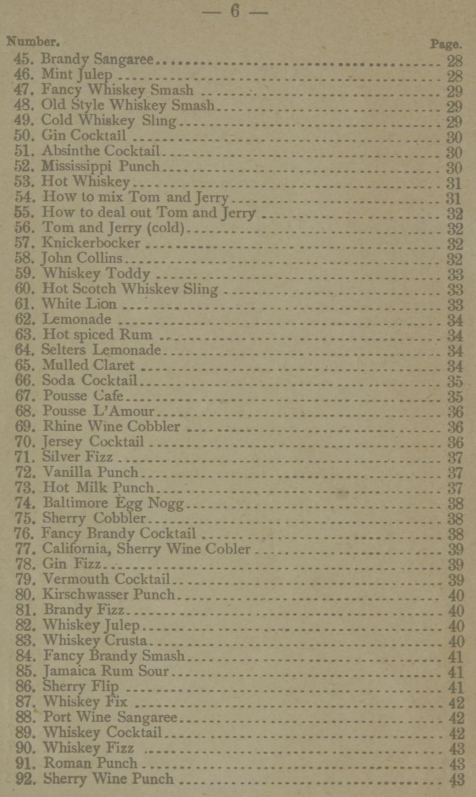 This means that O.H. Byron’s 1884 book should still be considered as the earliest source for the full recipe for the Manhattan Cocktail.  The next major source for the drink would be the 1887 book, Jerry Thomas’ Bartenders’ Manual (published after Jerry Thomas had died and actually listed in the Library of Congress entry as being by Dick and Fitzgerald).  That makes Harry Johnson’s Manhattan Cocktail recipe from 1888 the third major source, at best.

P.S.  If anyone sees a drink listed in the above table of contents from the actual 1882 book that they would like to know more about, I would be happy to post an image of the recipe.