The Dowd Toddy is an 1890’s drink, probably from the east coast of the USA. Those who neither understand, nor care about, American mixological history will surely call this drink something like a “Sweet Gin Martini with a twist.” The ignorant are required by their cosmic situation to be ignorant and I am not going to lose any sleep over them. The rest of us can enjoy the Dowd Toddy and know its name and historical namesake.

Major League Baseball player Tommy Dowd was surely the namesake of this drink found in the pre-prohibition recipes of the bar in the Waldorf Hotel in New York City. Dowd’s greatest fame was during the mid 1890’s as the captain of the Saint Louis Browns. In 1896, he was famously effective in a gambling-related fight that broke out in a railway car. The drink was probably named in his honor at that time.

This drink must not be turned into a cocktail by the addition of bitters, since the source recipe from Taylor’s Waldorf bar material explicitly states, “no bitters.” With citrus zest but no bitters, the specific subgenre of Sling rendered is a Toddy. Since this drink is thusly a Toddy, let’s toddify it properly with two strips of zest – one stirred into the essence of the drink and another twisted over it and rubbed on the rim.

Consistent with 1890’s preference, the drink is presented at 1-to-1 in the original source. In keeping with the changing preferred proportions of almost all Slings sweetened by aromatized wine that occurred by about 1906, I make my Dowd Toddy at 2-to-1. 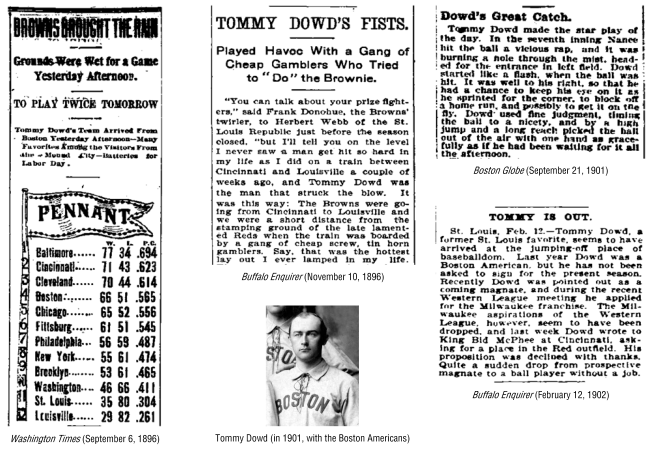 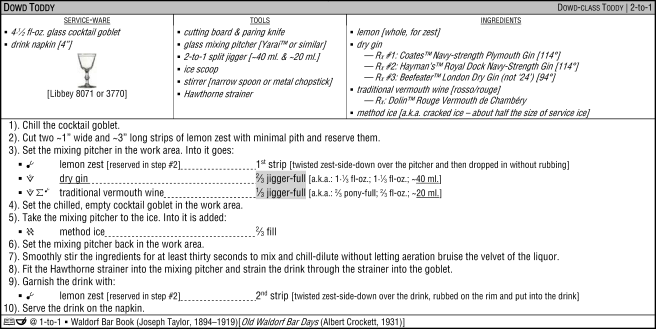